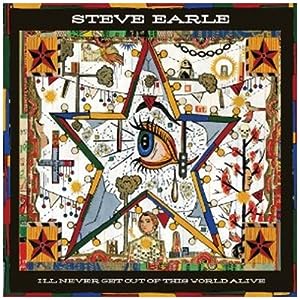 The bassist was pretty hot, too!

I caught Those Darlins @ the Hangar 9 here in Carbondale. They really put on a good show. How's their album?
Top

Do yourself a favor and give it a listen, it's free. It might be the best thing I've heard all year.

Hey thanks for that, I didn't know about this.
How is it?
I love all of his other releases.

Hey thanks for that, I didn't know about this.
How is it?
I love all of his other releases.
Top

I really like it a lot. Some folks think it is too gimmicky or whatnot. But I think it is a very good record. A good amount of tongue-in-cheek humor with some excellent playing from the band.
Top 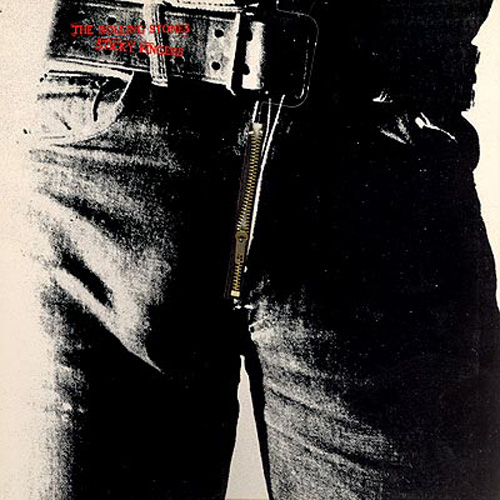 This is what you have
Top

Just cranked it up ... So many great lines on this record both lyrically, musically, and shreddy (thankyoufoolkingscrown)...settling back in to the first few tracks remembering how sweet and soft this record is ...

Can someone dig up that Terrior thread started by some dude who may have only posted once or twice but he shared with us that we should recognize how personal and opened up this record is? lawrencefan is real good about digging up this sort of recollection...

shaking the hand of the rambling man from montgomery,

Not from this forum, but here's something I wrote up last summer on another message board.

Shaking the hand of the rambling man from Montgomery, a music evangelist, a never-ending quest. 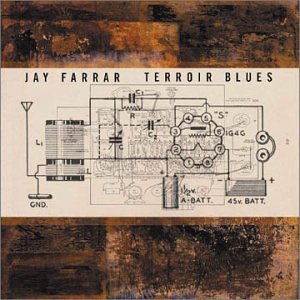 1. The complete natural environment in which a particular wine is produced, including factors such as the soil, topography, and climate

2. The characteristic taste and flavor imparted to a wine by the environment in which it is produced

Much of Terroir Blues is inspired by the death of his father “Pops” Farrar, who was a traveling troubadour, as well as a veteran Merchant Marine from WWII and the Korean War. Whether singing about “Pops” directly or not, there is a common theme that runs through TB. It harkens back to Trace and what he sang about on “Out of the Picture.” (“Somewhere along the way, the clock runs out.”) Nothing is permanent, and everything must eventually come to an end. The songs on this album grapple with the loss of life (“Dent County”), love (“Hanging On To You”), and an entire civilization (“Cahokian”).

The production on this album features a mix of stark, stripped-to-the-bone songs and experimental instrumental journeys, most notably the six pieces scattered throughout that Jay calls “Space Junk.” The “Space Junk” is a conglomerate of electric saz, synthesizer and backward sounds. Farrar explains the weird mixes as being strongly influenced by the passing of his father. “I started working with the backward sounds as a way to approximate sonically some of the emotions I was feeling. It forced me to look at where my parents came from - and where I came from. Most of it was memories flashing back to me at times.”

Adding to the challenge of Terroir Blues, Jay decided to include alternate versions of four of the songs (“Hanging On To You,” “Hard Is the Fall,” “Heart on the Ground,” and “No Rolling Back”). I view them more or less as bonus tracks. Part of the reason for all the unconventional decisions (in today’s music climate) surrounding TB is Jay served as the judge and jury, with it being the first release on his own record label, Act/Resist Records, now known as Transmit Sound. Terroir Blues is the most challenging record from an artist who can be incredibly challenging in general. That said, it just might be his most rewarding record. If you don’t believe me, perhaps you should consult Steve Earle, who apparently has been known to remark at his shows before playing one of Jay’s songs that Jay is one of the best songwriters out there and Terroir Blues is one of his best albums. For the purposes of the individual song ratings/write-ups, I’ve skipped the “Space Junk,” instrumental interludes, and alternative versions of songs.

“No Rolling Back” (9.5)
TB opens strongly with a great acoustic song that begs the questions - “Who do you know? Who do you trust? Who keeps you sane? Who cleans off the dust? Whose got you down, thinking the best roads lead out of town?” Jay later goes on to insert a little political commentary with “We all want the best, want our old fashioned worlds. Behaves like gasoline, all this 21st Century blood.”

“Hard Is the Fall” (6)
Aggressive, chaotic acoustic guitars rattle over distorted, echoing vocals, with steel guitar moaning in the background. A cool references to “Pops” Farrar meeting Hank Williams (“Shaking the hand of the rambling man from Montgomery, a music evangelist, a never-ending quest.”) and pain of “Pops” memory itself (“Living through the hardest times, inspiration and love.”) are the lyrical highlights here.

“Fool King’s Crown” (7)
Experimentation abound on this funky, buzzing, Middle Eastern-influence number, complete with Bottle Rocket Brian Heneman rocking the electric slide sitar. I love how a couple of times the song sounds like it is about to fade out and then Henneman strikes up the sitar again. More political musings as Jay rails against the mass consumer culture we live in. (“Fool King's Crown gets passed around, everybody wants to have it. Fool King's Crown got watered down, everybody wants to have it.”)

“Hanging On To You” (10)
TB’s first masterpiece features great acoustic guitar playing, accented beautifully by piano and steel guitar. Here Jay laments a lost love. (“Target practice at the heart, false starts and faded parts, knew the lines but we couldn’t make it last.”) In the rubble of this crumbled relationship, “Hanging on to you is all I can do.”

“Cahokian” (7)
From a lost love, we move onto a lost civilization. Jay signs about the indigenous people who pre-date European settlers, who built these incredible mounds along the Mississippi River just outside St. Louis. Jay uses the story of the demise of the Cahokian civilization to warn about the potential extinction of those who live there today (“Forward and on we go, building our mounds out of control, full of the finest throwaway things. The new Mississippians, under a smog-choked sun, waiting to be undone.”)

“Heart on the Ground” (10)
My man loves to sing about the concept of time. (“Fresh made fields, fresh time on the clock, better still. And a clean cloth to wipe it away.”) The acoustic guitar work on this song is incredible. The song builds perfectly with the drums coming in late with Jay’s passionate plea, “You don’t have to twist the knife,” sung over and over. It is masterpiece #2 on the album.

“Out on the Road” (5)
We have Jay channeling his inner Marshall Tucker Band courtesy of Lou Winer’s flute on this tale of the less glamorous aspects of being on tour. ("Lonely minutes will come calling. Don’t let the falling rain get in your mind.”)

“All of Your Might” (10)
The highpoints on TB are incredible. This song is no exception. I love Jay’s melancholic droning over the bouncy, upbeat playing of the band. Eric Heywood’s pedal steel really shines here while Jay sings about keeping your chin up in the face of disappointment. (“You should seek what you haven’t known, see how it goes for a world of good. Face the sunrise, stare the rest down.”)

“California” (10)
Utterly gorgeous song detailing the beauty of The Golden State (“Walked the sidewalks of San Francisco, spent the night in a town called Weed.”) Lyrically, this is as straightforward as Jay gets. (“It’s be said before, but it’s worth saying, no one could dream a place like California.”) Again, the pedal steel here is sublime.

“Walk You Down” (6)
Jay elects for big, open production on this one. It sounds like he is in a large room, singing several feet away from the microphone. Some cool, subtle harmonizing and expertly-played slide guitar color this song well. Lyrically, it mines very similar territory as “No Rolling Back” does. (“Who’s gonna compensate? Who’s gonna fortify? Who is there to listen? Who holds the line when it starts to strain? Who’s gonna make a difference?”)

“Dent County” (8.5)
Jay has penned a beautiful piano ballad for “Pops.” It is as naked and vulnerable as I’ve ever heard him, tugging hard at the heart strings. I love the last verse - (“Beat bars and the maritime, post-war peace and paid your dues. Now the burden is passed on. Find a way out of these blues. You’re back in Dent County.”)

Overall Score = 9 (Terroir Blues an amazing work of beauty that gets better with each listen. As I mentioned before, it is a challenging album, but the rewards are well worth the investment. Finding strength through music in a time of pain, Farrar gets it done.)
Top

It's a slightly different version of Terroir Blues minus the "space junk" and multiple versions of songs. The audio samples are now up on the website.
Top
Post Reply
4277 posts